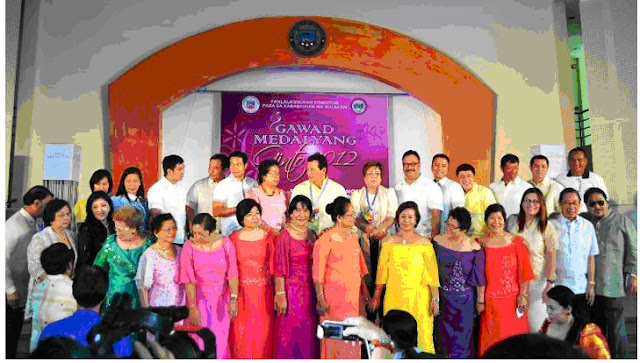 Gracing as the guest speaker for the event in line with the observation of the International Women’s Month, De Lima said she was reminded of history lessons which tell the accomplishments of Bulakenya heroines like Trinidad Tecson, the Mother of Biak-na-Bato, and the 21 Women of Malolos who braved putting up a
school to teach Spanish language.

“In Bulacan, through this award, we don’t need to remind the men for them to acknowledge the contributions of women. I want to impart to you my warmest salutation for the example you have been showing not only in words but more especially in actions,” said De Lima in Filipino.

She and Governor Wilhelmino Alvarado led the conferral of the Natatanging Babae award with P10,000 to Emelita San Pedro from Angat town for the Women Empowerment category, and to Marilyn Baldivas of Meycauayan City for the Resource Generation category.

The Natatanging Samahang Pangkakabaihan award with P20,000 was given to Soroptimist International of San Jose Del Monte City District III Club No. 170203 headed by Fidelina Mier.

“We are highlighting the contributions of women in our development in this time preceded by history like the Women of Malolos. Many say that behind every triumph of a man, the picture and spirit of a woman could be found,” said Alvarado in Filipino.

Eva Fajardo, chairman of the Panlalawigang Komisyon para sa Kababaihan ng Bulacan, said prior to the event, there were already 66 women and 14 organizations that had been awarded by this commission. (JMG/PIA 3)
Posted by Mabuhay Online at Thursday, March 22, 2012